Yesterday I was looking through some Facebook messages and posts and saw a Cherryvale, Kansas post. It led me to this:

That is your grandfather, MY father, Pat Maher. This is a picture of him from his yearbook. He was an All-State basketball AND football player. He was quite the athlete, but what warms my heart the most is what people are saying after I posted his pic. I've copied them here. It's an online conversation that's just a day old, but look at those words people use to describe him: respectful, kind, warm, great, love, All-American, patient, excellent, humble, etc.

TITLE: All I'm going to say is WOW! This is a picture of my dad (Pat Maher) shooting a basketball (All-State basketball and football). +m2 P.S. Jim, Dan, Linda, correct me if I'm wrong on All-State in both sports.

Taina Chiefs Copeland Sure wish Facebook had a LOVE button:) Can you please tag me. Would love to have this pic:) If ya dont mind:)
15 hours ago · Like

Taina Chiefs Copeland Thank you so much Mike! Love ya:)
14 hours ago · Like

Linda Hammer As far as I can remember that is right, Mike. He was a natural athlete in all sports. I was so proud to be the "little Maher"!! That's what everyone called me as I acted all bashful and sweet! lol! My brothers and sisters were all stars in my eyes!
14 hours ago · Like · 1 person

Doug Lay I always liked your Dad and looked up to him. I never knew he was an All-Stater! Thanks for sharing. Way Cool!!!!!
14 hours ago · Like · 1 person

Donna Mae Huntington I think Pat was your brother, rather than your Dad.....correct me if I'm wrong.
13 hours ago · Like

Michael J. Maher I was at a student-faculty game (students not in basketball play faculty for charity) - my first year of college I think. Came back to watch (and visit girlfriend). He played one quarter. He hit six 3-pointers in a row and the last one was from 30 feet. Came out after 5 or 6 minutes and was done (he was really out of shape). It was AWESOME! He shot a set-shot, push shot. I think 1 of them hit rim. Sadly, that was the only time I saw him play in any sort of competitive game (basketball, softball, etc.). +m2
13 hours ago · Like · 1 person

Linda Hammer Thanks for that story, Mike. I wonder if we could get ahold of someone from your Dad's class to see if there were ever any films made that he would be in. Let me do some checking. (And, yes, we had film back in those days! lol! Well, I was about 6 years younger than Pat!)
13 hours ago · Like

Michael J. Maher Thanks Jeff. Good to hear from you. Still want your kid's basketball schedule - hear he's quite a player. +m2
12 hours ago · Like

Jeff Wipperman You need to watch one of our teams play some time. We have 4th and 6th grade. I will always post the schedules on the PowerGroup facebook page. Call me later this week. Let's catch up.
12 hours ago · Like

Jim Maher Mike - can't say for sure on Pat's All State selections but I think that right. I just know he was All Everything to his baby brother. Dan and Al were great too (Dan was an All State Football Lineman), but I don't really remember them playing, and only vaguely remember your Dad's College days. Did you know he was a three sport letterman at Indy JuCo?
11 hours ago · Like

Rob Maher I thought the 3rd sport was track.
11 hours ago · Like

Jim Maher Yes third sport was track.
11 hours ago · Like

Jim Maher Don't know what events tho.
11 hours ago · Like

Julee Warren That is so cool! Great Pic!
3 hours ago · Like

Dan Maher I enlisted in the Air Force after graduation. Did not get to see Pat play very much. But he was all-everything for Cherryvale High School in football and basketball. I was discharged the same year that Pat graduated (1956) and we attend ICC at the same time. The main thing is that Pat was an All American Man. He was a very respected, humble and kind human being. He never said a bad thing about anyone. He fought the cancer for a long time. Great memories.
3 hours ago · Like · 2 people

Christina Marie Dreiling Wow! Pretty Cool Michael! That's where you get all of your talent:)
2 hours ago · Like

Susan Maher Swope He was an All American dad to me! Amazing that we did not know this about him. I miss him and Dan, you are right, he truly was a respected, humble and kind human being. I'm proud to be his daughter.
about an hour ago · Like · 2 people

Amy Cunningham I loved your dad; he was a patient teacher and an excellent coach. I wish I could have played more than one year for him - I always thought that our team could have accomplished great things with him at the helm. A true class act.
about an hour ago · Like

Michael J. Maher Thanks Jim and Julee. Dan, so true. I always assume everyone knows that. :) I shouldn't do that. He was truly kind, humble, and respected. A great dad. @Christina, if you think he's good, you should see my MOM! =0) Truly special dad. :) @Susan, I miss him as well. Can you imagine him and Max now? wow. @Amy, thank you for that. Nice of you to say and he was a class act. +m2
about an hour ago · Like

Valerie Davis-Smith Wow, that is awsome. He also was a great teacher and coach who impacted my life.
25 minutes ago · Like

Just had to share this with you. I miss my dad and wish you could have known him. (Wow, where did those tears come from?) He would have loved to play with you, toss you in the air like I do, and hug you. You have a lot of him in you already.

The Hard Part about Parenting... 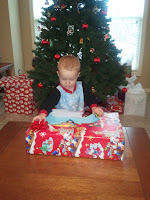 I learned something today... 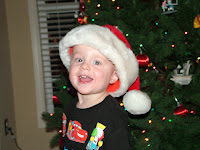 Your first recital was last night. Yes, you are 2 years old (and call tell me so!). It was an interesting night. Two of your parents' weaknesses came to a head last night. They combined to take away from your experience. I'm not sure if many parents would think about it, but of course, I think about everything. What most would see is a little boy (taller than anyone else in the class) who was uncomfortable, crying, and perhaps a case of stage fright from being in front of a large audience. Here's what really happened and I bet a lot of parents can relate...

We are to be at the Community Center at 6:40 p.m. Mom who enjoys a busy schedule manages to get home to order pizza to get there early at 6:00, but in the meantime has to get a Webinar e-mailed to me while I wait in the office (with high-speed Internet access) to send it out to our BOOSTers (clients). The first effort blows up because these are huge files. The video editor had tried to compress the video and it did not turn out well. I needed the original. She uses the service to send over the larger file. I waited...

Mom also had to get you dressed and ready in your nice clothes. I waited until 6:00 and at that point, it was time to go. No file and wouldn't have time to forward. I get caught in rush hour traffic and a 20-minute drive now takes 30 minutes. I get to the house at the same time as the pizza. We eat quickly and make it out of the house at 6:45 (we are five minutes late). We arrive at 7:00 - time for the event to start. I need to be more conscious of time. If we get there early, you are comfortable and relaxed and have had time to separate yourself from mom a little bit. You would have had a chance to get used to being with Finley, Brenna and the rest of your class. Instead, we rushed in, put you in front of all the people, and you blew up. It was almost embarrassing (if I got embarrassed :).

You immediately started looking for mommy and once finding her, you did what gets her attention most. You whined. Then she made a look as if, "oh, so cute, he needs me." Then it was all she wrote. You went ballistic. I picked you up but there was one and only one thing you were looking for at that point - the caressing, motherly mom. The sympathetic looks followed as mom held you.

I wonder what it might have been like. Let's say, we get there early (I vow to have you EARLY to every event from now on). I take you in and get you with the class. Mom stays behind so you don't have that "crutch". You get comfortable with your class. Mom sneaks in late to watch. You belt out Jingle Bells. The crowd applauds. You love it, ham it up, and smile. We all get cookies afterwards and you sit on Santa's lap - comfortable, smiling, and fun-loving.

Lesson learned. Be on time. Have a plan to maximize YOUR experience. Please forgive us. We are new at this parenting experience. It was our first recital. We messed up, but we'll do better. Mom will work on helping you become more independent. I will be more time-conscious and punctual. Thank you for helping us improve.